What immediately struck me about the sculptures of Frida Baranek was how they both command and cede to their materiality. Her control of her media never feels controlling. Instead there is a palpable release into the physicality of whatever materials she uses, which have been many. They have included iron plate, bronze and iron wire, iron chains, powdered pigment, sisal, silk, deflating and disintegrating latex balloons, fragments of airplanes, and marble in blocks, shards, and pebbles.

Some of these materials are inherently yielding, many are not. But in Baranek’s hands even the most obdurate emerge transformed. A work like Untitled (1991, pp. 40 and 67) is a good example. It is constructed of airy spheres of iron wire that have been heaped into a form that moves along the floor for two meters and then up and out into space for another two. On the back of this tumbleweed of iron rests a block of marble whose weight is contradicted by how effortlessly it is supported by the spheres upon which it balances. The inorganic and intractable – metal and marble –interact organically and fluently, with each other and with the space that they both create and inhabit. Yet even as opposing terms like inorganic and organic are subject to a shift, this shift happens within and because of the integrity of the material.

Willow Hammock (2004, p. 41 and 93) performs a similar operation. It is made of silk and copper, but silk that has been spun into rope and copper that has been stretched into ribbons. It is the silk that supports the copper. Two thick silk ropes that describe a hammock-form are hung all along their lengths with a fringe of copper ribbons that spill onto the floor. As in so much of Baranek’s work, there is a spacious balancing act at work that somehow does not seem at all precarious. Balance l (2004, p. 95) is intriguing in that it both presents and represents Baranek’s strategy of equipoise. It is a still swing. Thick squared-off iron links form the two heavy chains, from which spring wisps of bronze wire. The iron seat holds a little mountain of powdered pigment that we imagine would scatter with the slightest movement. Although it is perhaps most explicit in Balance, stillness is an integral attribute of Baranek’s work; however, it is a stillness that retains the sense of a movement that could potentially begin again, making the quality more akin to a lavish pause than a condition of stasis.

Baranek has said that her sculptures begin with an intuitive response to a particular material or materials. She makes no preliminary sketches; she does not go in search of the “right” materials. She notices them, and the works evolve from this first encounter. An analogous process occurs in the viewer experiencing her works. Their materiality acts like a phenomenological trigger that sets in motion a succession of sensations, associations, and contradictions. As Laura Hoptman has pointed out, the issue of gender shapes the play of dichotomies in Baranek’s work.’ It is a feminine operation to validate the intuitive in work that teases out the organic from the inorganic, spaciousness from the massive, poise from precariousness, and pause from movement.

In an audaciously forthright group of new sculptures in fiberglass, titled Speculum I, II, Ill, and IV (all 2006, pp. 43 and 98-101), Baranek overtly calls out issues of gender from an unexpected source. This group also began with an initial intuitive response, in this case to an object familiar to any woman who has visited the gynecologist’s office. Using a computer program capable of generating a three-dimensional model, Baranek enlarged the speculum eight times. From this model she made casts in fiberglass. If in the previous work what I have called a phenomenological response to materiality leads to an unfolding of meanings, in the Speculum sculptures the represented object takes the lead. They are unmistakably specula, and the space between the two halves of the instrument is first the space of the vagina writ large before it can become sculptural space. The scale is key. It is large enough to exclude literalness, but not so big as to become pop lampoon.

But as in all of Baranek’s work, materiality is crucial here as well. The second operation that she performs, after the change in size, is to transform surgical steel into fiberglass whose neutrality has the effect of muting, but not silencing, references to the function of the original object. Like the quality of pause in earlier work, this act of muting opens up the conceptual field and allows the viewer to meet what might otherwise evade her – or perhaps more pointedly here, his – consideration.

This conceptual space is created by Baranek’s subtle deployment of her materials, a deployment that she continues in the variations in each of the Speculum pieces. Embedded in one are photosensitive threads, which in sunlight become a web of purplish tracery visible just beneath the surface. In another, arabesques of robust line are the result of rubber bands within the cast. A third’s outer surfaces are covered with a comical beard of sisal lathered with orange paint. All of these evoke hair, and in the context of the object, the hair of the mons veneris. The fourth dramatically reverses, or perhaps simply changes the terms of, the reference to the female body. It is painted an auto-body-shop iridescent that shifts gorgeously from green to purple and back again. Instead of evocations of pubic hair, its unruliness, and its unruly attendant associations ranging from desire to anxiety, we are given a seamlessly perfect fast-car finish. But of course, sleek cars are as often as not surrogate hot dates as declarations of masculine potency and control.

As a woman referencing the female body at its most intimate, Baranek is heir to the work of first-generation feminists, particularly Hannah Wilke and Carolee Schneemann, who used their own bodies as the site to challenge masculine definitions of the feminine. Wilke characterized her work as “respecting the objecthood of the body”.2 Rather than shrinking from the notion of the female body as object, Wilke claimed it as territory for women’s discourse. Baranek makes an analogous claim, although she shifts her focus to the physiological body, which has been subject to censure and mystification as surely as the erotic body. The Speculum sculptures do not so much break a taboo as expose it, and in the process challenge us to confront medicalized definitions of the feminine and to consider their inadequacy in terms of feminine experience. 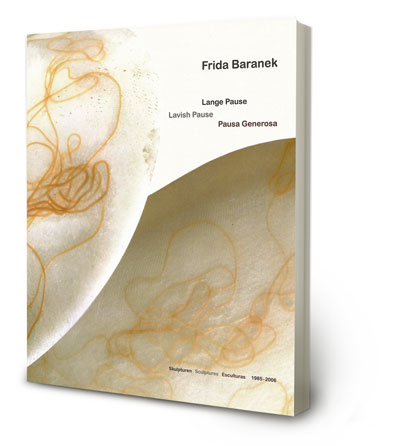 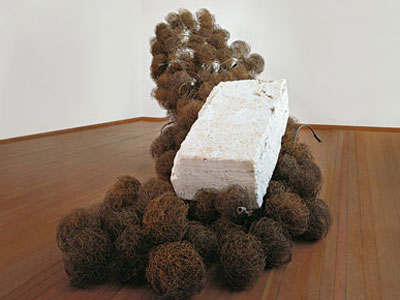 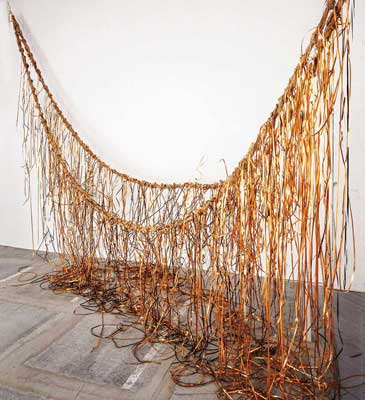 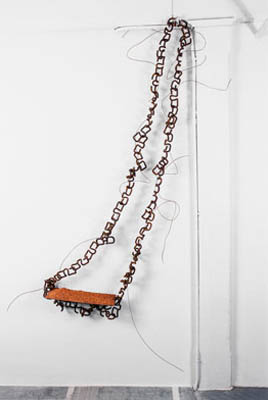